Naps for all the Girls 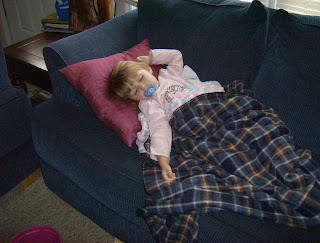 Tonight is the second night that I have been completely by myself with the girls. Before Bobby left for work around 4:20, he was able to get Sarah to go down for a nap. Bekah was settled on the couch under a blanket watching Dora. For the last 3 days she hasn’t had a nap and has gone to bed around 8 PM. Well, today, about 10 minutes after Daddy left for work, she fell asleep watching Dora. I called Bobby to tell him that she had fallen asleep and instead of running around wearing myself out I was gone to lie down on the couch and relax. I laid down on the couch and started to watch last night’s episode of 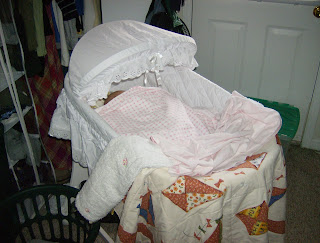 According to Jim that I had DVRed. I soon started to dose and missed about 12 minutes of the show. I woke up, turned it off, and went to sleep. I woke up almost an hour later. Both girls were still sleeping. I was able to get dinner, finish According to Jim, and watch part of ’s Next Top Model. (I know, but I really like it!! I have given up American Idol this year!!) Sarah woke up around 6:30. Bekah woke up around 7 as I was finishing feeding Sarah. I know that this will rarely happen, but it was so nice to get some sleep while the girls napped also. It was very good for my soul :~)